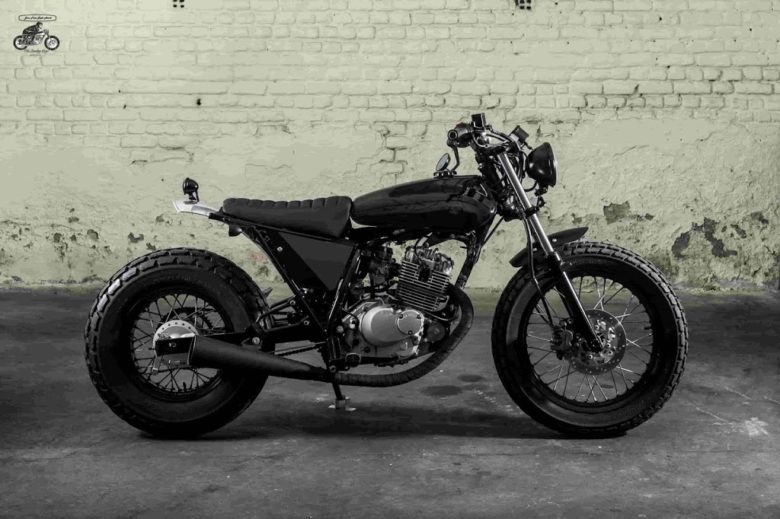 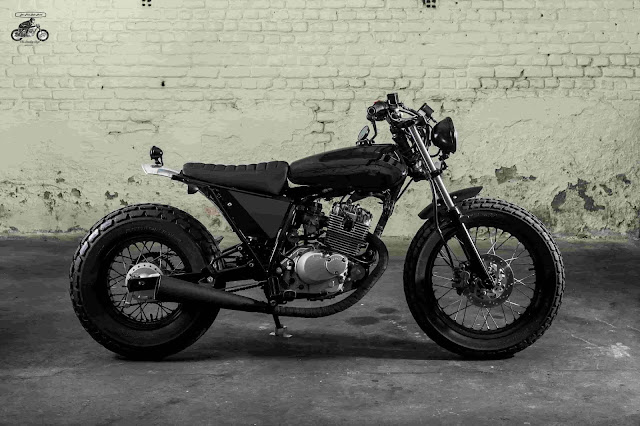 Background info about the Workshop

TOMA Customs is a Brussels-based custom workshop. We transform, customize and hand finish motorcycles to create unique and personalized machines.
Our artistic approach strives to extract the best potential of each bike and match the vision of their future owner’s. We aim to create unique, one-of-a-kind machines, with a clean and efficient style.

What they mainly Focuses on?

Customizing goes hand in hand with transforming to us. We do not only modify bikes we give them a new life, a new look.

We always work starting with an older, existing base and then begin adding new parts (tanks, wheels, handlebars, lights). Given the complexity of certain projects, we often create and adapt some of these parts ourselves, especially when they’re metal.
Before we even get going, we spend a lot of time with the future-owners to see where they come from, what their interests are, where and how they grew up, their tastes, what they’ve been doing in life etc. All these elements, along with a ton of aesthetic and artistic research, allow us to create the motorcycle of their dreams. 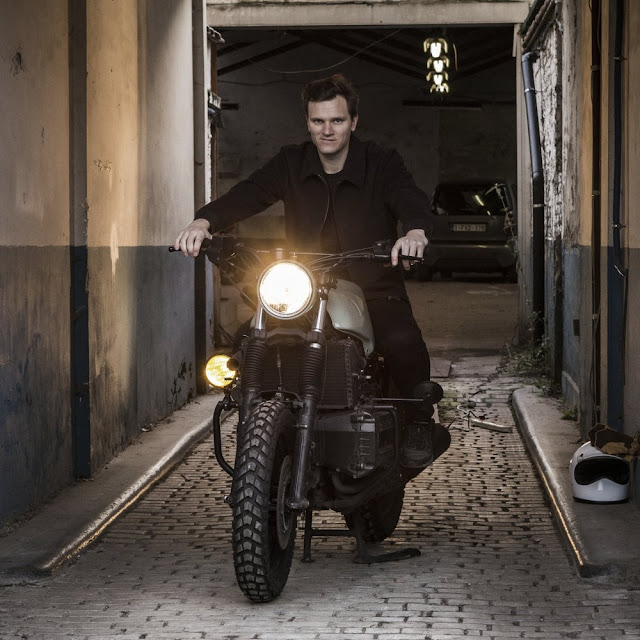 I’m the owner of TOMA CUSTOMS, my name is Thomas Jeukens. One and a half year ago, I decided to leave my job as Strategy Manager for a big consulting firm to open TOMA CUSTOMS and fully live from my passion, transforming and customizing motorcycles.

Mixing mental and manual activities generates a level of freedom and satisfaction that I’d never experienced before.
Working as a manager at a big consulting company enriched me personally and professionally. while it also made me grow and evolve as a person. Yet, I felt it was time for me to achieve one of my dreams and to fully live my passion. Combining my intellectual abilities with creativity and manual work. That’s why I decided to turn my passion into my job.


ABOUT THE PROJECT: SUZUKI VAN VAN BY TOMA CUSTOMS 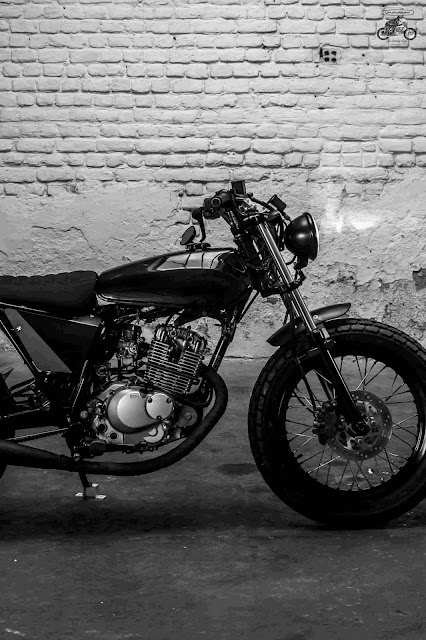 Our customer Gregory wanted a motorcycle that is easy to ride in town but also allowed him to go off the road in the countryside. The briefing was not exhaustive but he wanted a motorcycle of small capacity, easy to drive and with a strong personality.
It is not easy to tackle the transformation of a 125cc in order to make it a custom bike with a strong character. Our workshop is more used to work on a motorbike with medium or large engines. But we love the challenges. 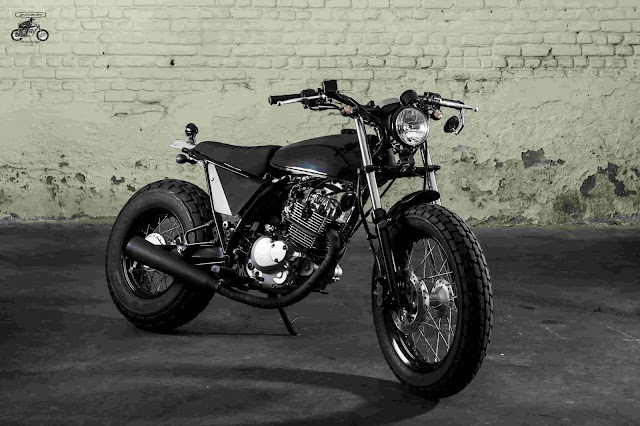 After several meetings to understand the customer’s desires, we made several transformation proposals, and finally agreed on the Suzuki vanvan125 project.

Before we even get going, we always like to spend a lot of time with the client to know him better and understand his desires. And what would be his dream motorcycle project? All these elements, along with our aesthetic sensitivity allowed us to first imagine a general guideline for the bike transformation. After that, the client gave us “carte blanche”.
When the bike arrived at the workshop, we directly remove a lot of parts in order to only keep the frame, engine, and wheels. That way we could analyze and imagine the general line that we wanted to give to the bike. At that time, we had to finish 2 other projects. So we let the bike naked for a few days and let us the necessary time to imagine the final project in our head and by testing several combinations of tank, saddle, and parts. 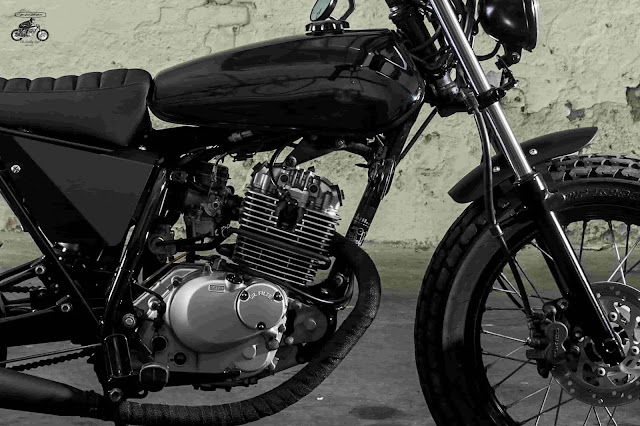 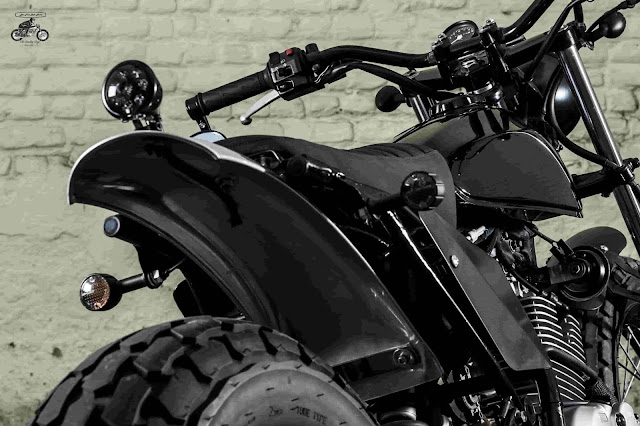 Then after a lot of thinking about the rear tire which for us was initially one of the weak points of the original bike and that we had proposed to change, we decided to finally keep it and do exactly the opposite. So, we made it the most visible possible. It was at this point that we completely changed the direction of the project, we decided to make the project as minimalist as possible and visually lower and more compact than the original bike. 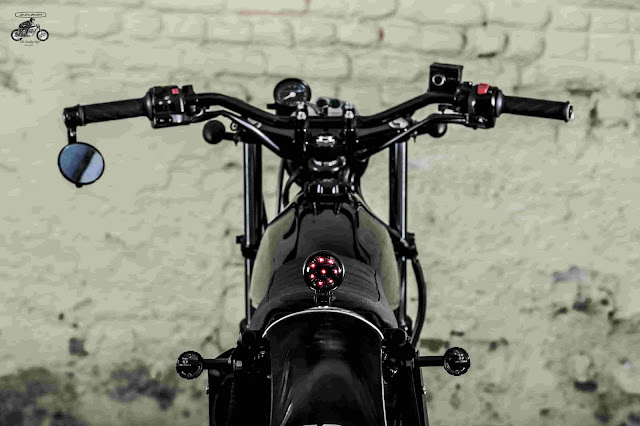 So, we modified the muffler to get it under the bike, lowered the handlebars, and removed any original accessories that were superfluous. All electronic components have been modified to make the motorcycle more modern and minimalist and we tailored front and rear mudguard as well as additional side covers. 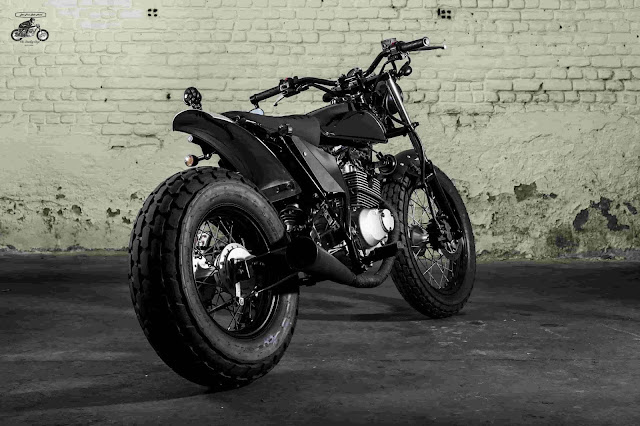 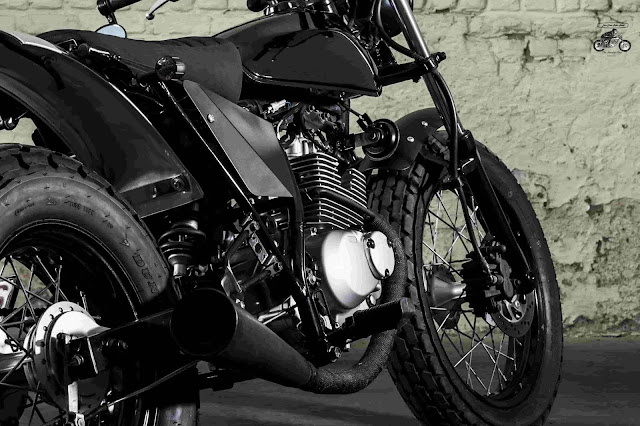 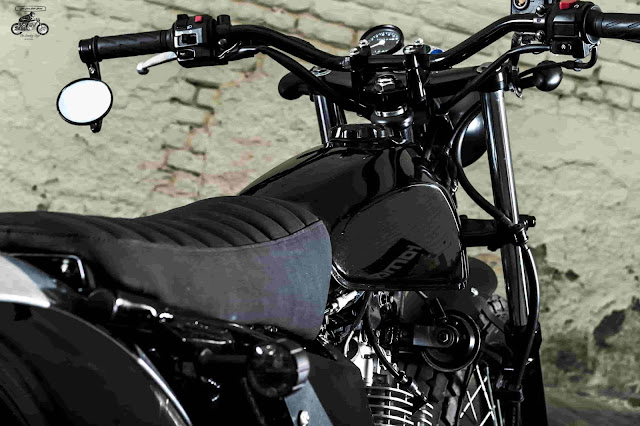 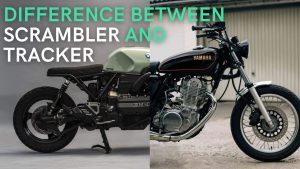 Difference between Scrambler and Tracker Motorcycle 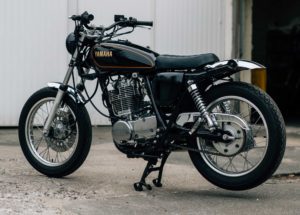 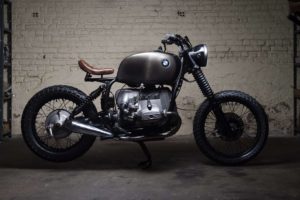