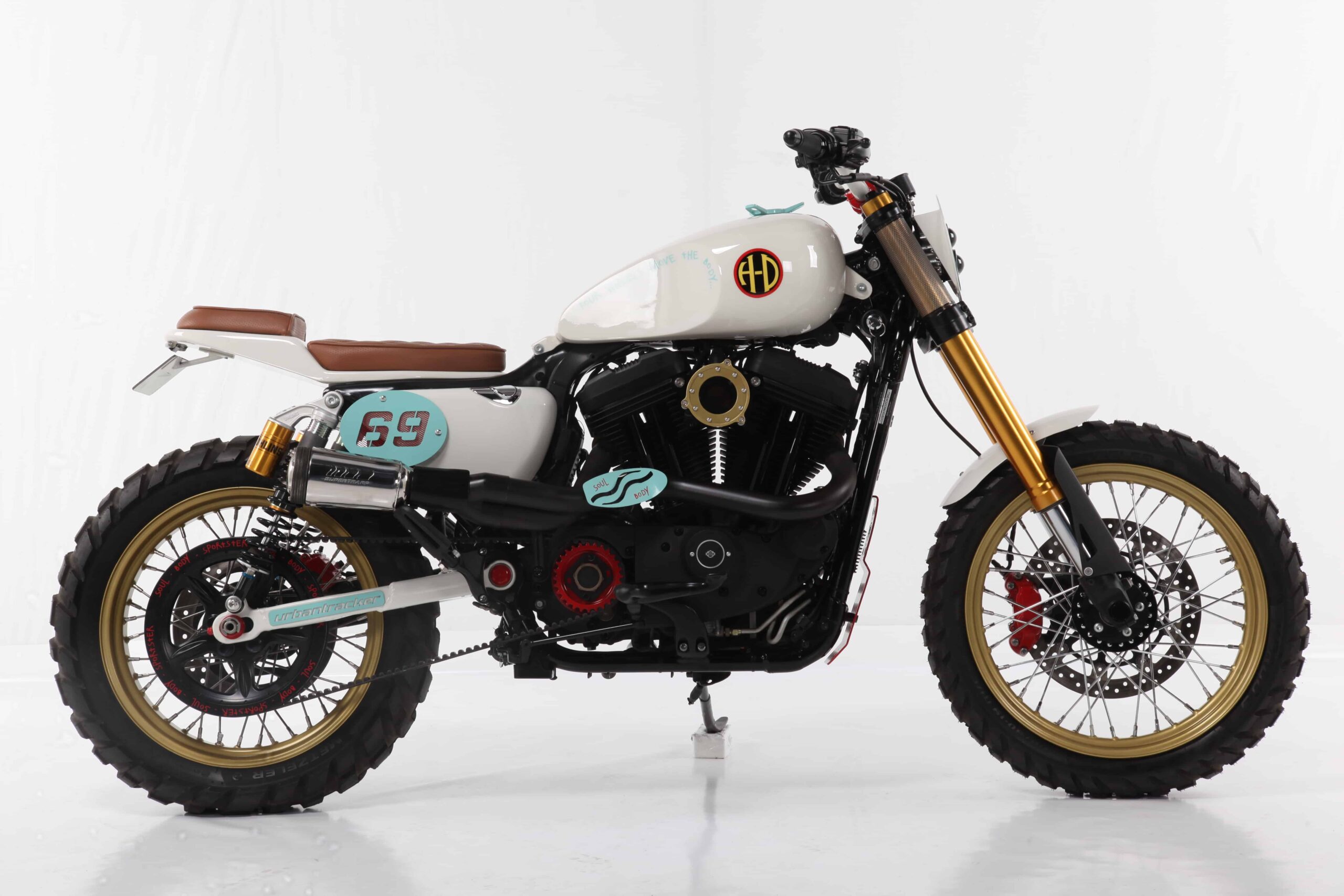 A Scrambler is always the best thing that satisfies the motorcycle enthusiast and custom-built Harley Davidsons will always be on the top of their priority list. Customizing and building a dream Scrambler is always considered the best and fascinating journey for any custom builder because seeing his bike getting built from nowhere to a complete beast is what makes them happier and satisfied. 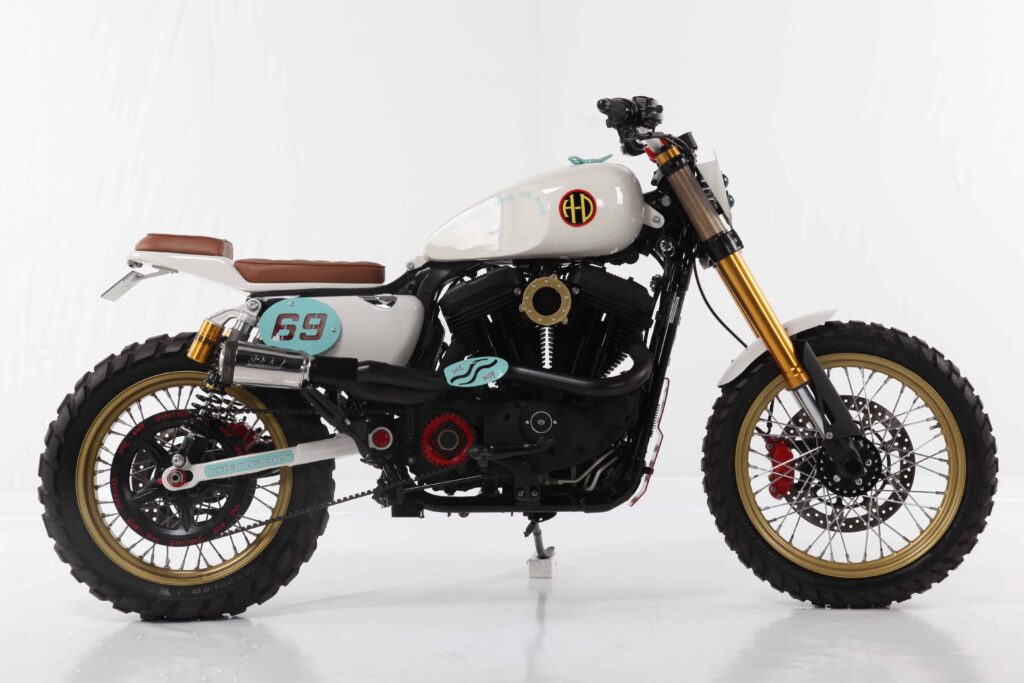 The first thing to start build was to get a Harley Davidson Scrambler valid for two people, without losing the charm of the motorcycles transformed previously in our customization workshop. They also made a back with some space to house a second seat that was accompanied by a pair of Öhlins shock absorbers. 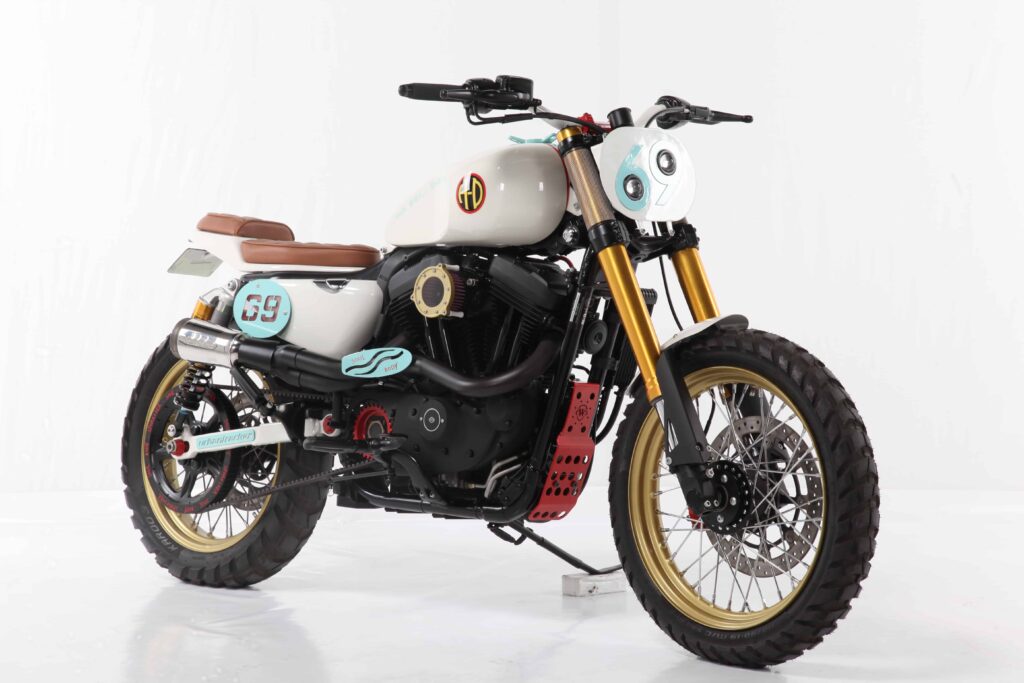 Fran said ‘Then we had to work the front of this custom motorcycle and in a KTM workshop in Malaga, we were able to get a WP inverted fork, which gave a radical look to the entire front, which was finished with a floating disc brake’. He then added that brake caliper from Brembo motorcycle and spoke wheels were used and Finally the mask was manufactured by hand in metal with the light incorporated.

They gave their exhaust a completely new look by crafting a Supertramp tail. Not only the exhaust but they also added the custom air filter and a large number of parts and details to the set to create this spectacular Harley Davidson Scrambler or perhaps Street Tracker with urban airs. The best thing about the Lord Drake kustom is that most of the parts of their building such as front fender, rear fender, seat and subframe, exhaust, etc are handmade by themselves which is definitely a plus point for any custom motorcycle builders. 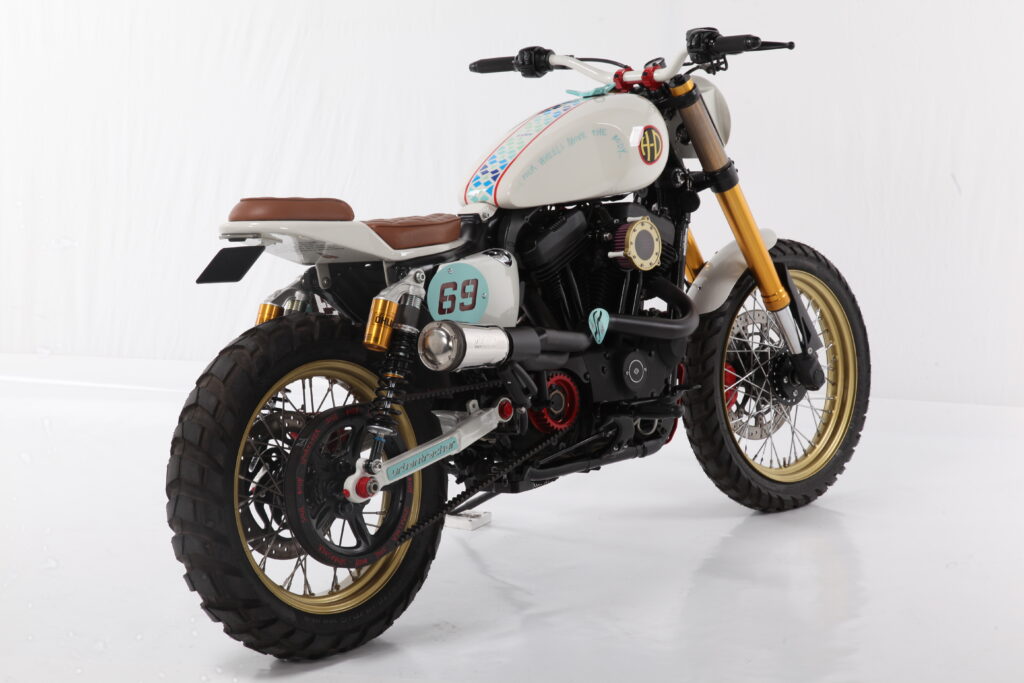 Painting always plays a vital role in building a custom bike and Fran has a great taste for color and he showed this to us by giving his bike a final touch of paint and airbrushing with broken white or light beige, which was accompanied by a handmade brown seat. And as a result, this Harley Scrambler was built and transformed fully into one of the best Harley and custom workshops in Spain. 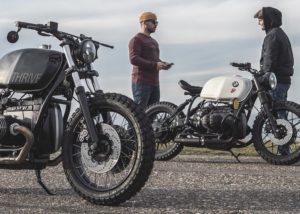 INCREDIBLE HONDA CB400 in a CafeRacer look built b

Have a look at this incredible work done by the te