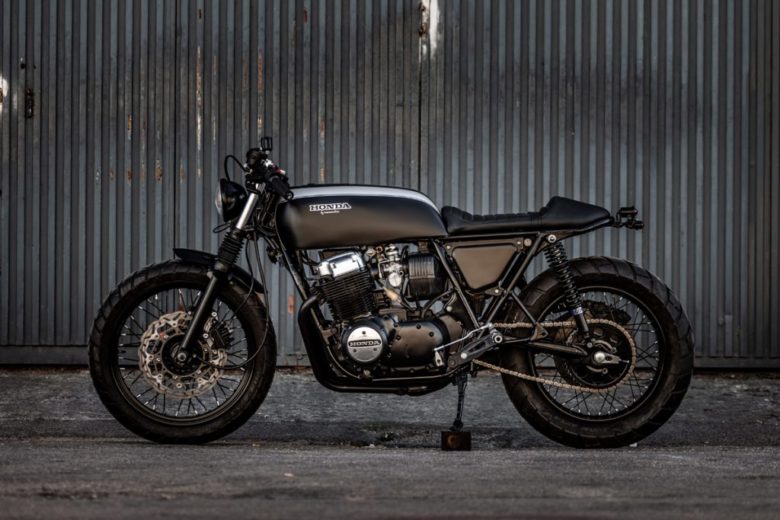 This “Chimera” Honda CB750 Supersport aka Macco Nº58 is the work of Spanish Custom Motorcycle Garage Macco Motors based in Málaga on the side of a country which is famous for Wine, Pablo Picasso, Beaches and Bullfighting.

Jose and Tito from Macco Motors

Our passion for motorcycles led us to found Macco Motors at the end of 2011, a place to make our dream and that of others come true. In addition to the competition, we were always interested and attracted us greatly the aesthetics of classic bikes, the good taste and refinement of brands such as Triumph, Ducati or BMW among others. Influenced by this retro aesthetic, when building a new bike, we try to combine style and features, and each new creation is unique and exclusive. We take care of the details to the maximum, and we look for the harmony in the curves and the forms, respecting the spirit of the original motorcycle. Therefore, working with the client on the previous design is fundamental for us, so that their needs along with our particular style meet their expectations.

We build our bikes with a real passion. We love what we do.

We are Macco Motors.

The Honda CB750 is 58 Horse Power 736 CC air-cooled, transverse, in-line four-cylinder engine motorcycle made by Honda over several generations for year models 1969–2003 as well as 2007 with an upright or standard riding posture. It is often called the original Universal Japanese Motorcycle (UJM). The CB750 was the first motorcycle to be called a “superbike.”

Though other manufacturers had marketed the transverse, overhead camshaft, inline four-cylinder engine configuration and the layout had been used in racing engines prior to World War II, Honda popularized the configuration with the CB750, and the layout subsequently became the dominant sportbike engine layout.

The CB750 was the first modern four-cylinder machine from a mainstream manufacturer, and the term superbike was coined to describe it. Adding to the bike’s value was its electric starter, kill switch, dual mirrors, flashing turn signals, easily maintained valves, and overall smoothness and low vibration both underway and at a standstill. Much-later models from 1991 included maintenance-free hydraulic valves.

Jose and Tito from Macco motors found this 1976 Honda CB750 and decided to build it in two stages. The Honda CB750 project began with a full teardown and examination. surprisingly the bike was in solid form despite its age.

A set of LSL clips-on handlebars were fitted up front together with new levers, Motogadget grips, modern switchgear, and a brand new minimalist single odometer.

Aluminium universal Taroozi Footrest has been used for the comfortable riding position. The 4 in 1 Spark exhaust was fitted so the engine could breathe more freely. They also used the 5”3/4 classic Bates style Headlight, New set of turn signals and tail light.  The original seat was replaced with a full Macco made cafe style leather seat, seat and tail are a single piece. 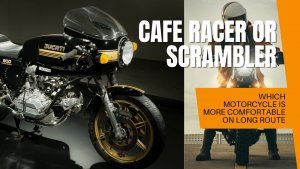 Cafe Racer or Scrambler: Which Motorcycle is more comfortable on Long Route